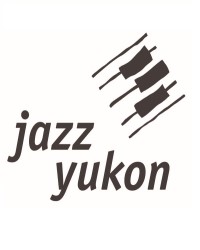 × Following the current Yukon Government COVID-19 restrictions that have been lifted, the YAC Mainstage will operate at 100% capacity for this event. Social distancing ‘bubbles’ are not in place and other members of the public may be seated next to you. Mask use is recommended.

Ticket Pricing: (Select from price list after you select your seats)

“Allen's tone is as pure as that of Joe Henderson. His aesthetic habits come straight out of a blue-chip tenor tradition: from Joe Lovano back to Coleman Hawkins and into his primary inspiration, John Coltrane”. – Vancouver Sun

A Kingston, Ontario native, Mike Allen is a saxophonist, pianist, composer and bandleader profiled in Mark Miller's "Miller Companion To Jazz In Canada". He has a Master's degree in Jazz from New York University and was featured in a Globe and Mail article that listed him as one of a half-dozen "Interesting Canadians To Watch". Allen’s body of work includes thousands of performances throughout Canada, the US and Europe over the past 30+ years.

Over his 20-year career he has worked with many well-known jazz artists including trombonist Julian Priester, drummer Donald Bailey, trumpeter Kenny Wheeler, saxophonist Gary Bartz, pianist Don Friedman, and multi-instrumentalist Don Thompson. Mike is a longtime member of the Montreal-based guitar legend Sonny Greenwich's group, with whom he recorded two CDs "Standard Idioms" (Kleo) and "Fragments Of A Memory" (Cornerstone).

After relocating to Vancouver from Montreal in 1995, he began a similarly fruitful musical partnership with ex-Bill Evans bassist Chuck Israels, that led to performances throughout the Pacific Northwest, several Canada-wide tours and features on nationally aired CBC and NPR radio broadcasts.

Since founding his record label ALMUS JAZZ in 1990, Allen has produced and released 18 albums as a leader and recorded on another 25 as a sideman, including Michael Buble's Grammy Award winning Crazy Love. Allen's Dialectic (2003) won Outstanding Jazz Recording, Western Canadian Music Awards and his 2006 album Love One Another was named Canadian jazz album of the year by the Ottawa Citizen. 2019 saw the release of Just Like Magic, recorded at the iconic Van Gelder Studio in Englewood Cliffs, New Jersey. On it, he is joined by the incomparable rhythm section duo of Peter Washington-bass and Lewis Nash-drums.

Jazz on the Wing cabaret Presented by Jazz Yukon More info and music samples: jazzyukon.ca If you are sick or exhibiting any symptoms of COVID-19, please stay home. DO NOT attend the performance if you are ill. Please contact the Box Office at (867) 667-8574 or emailing boxoffice@yac.ca if you are unable to attend due to illness.