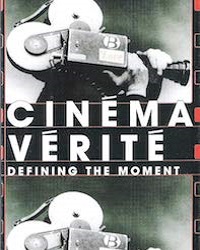 You may not know these films, but you see their influences every day--in everything from TV news to music videos to Webcams. The cinéma vérité (or direct cinema) movement of the '50s and '60s was driven by a group of rebel filmmakers tired of stilted documentaries. They wanted to show life as it really is: raw, gritty, dramatic. Rich in excerpts from vérité classics, Cinéma Vérité: Defining the Moment is the first film to capture all the excitement of a revolution that changed movie-making forever. Director Peter Wintonick's Manufacturing Consent: Noam Chomsky and the Media is one of the bestselling documentaries of all time; co-producer Éric Michel won the Cannes Palme d'or for 50 ans, by director Gilles Carle, and co-producer Adam Symansky won an Oscar for Flamenco at 5:15. Recommended for ages 12+