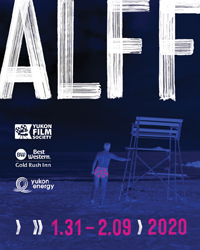 The Provider Dir. Gary Sidney, Jayden Soroka, 2020, YT, 6 min Northlore, is a animated storytelling series focused on the the wild, uncommon and inspiring stories that take place in the harshest and most spectacular part of Canada, its North. The pilot episode, “The Provider” brings to life the experience of a man’s first hunt at the age of thirty three, eighteen years later than tradition holds, an event that would define his place in his community and open his eyes to where he belongs. ALFF Pitch Prize winner, 2018. World premiere Midas and Amara are Absolutely no good for the Film Project Dir. Aud Fischer, 2020, YT, 4 min Short Description of film: When working with animals, things do not always go as planned. Midas and Amara become WAY too enthusiastic during their film shoot. It ended up making a fun little film though, with mice you just have to roll with what they give you. World premiere. Compassion Dir. Lulu Keating, 2020, YT, 6 min A woman prospector, alone in the Yukon wilderness; a man crazed with hunger. What will happen when they meet? Tlatsini Dir. Mike Rudyk, 2019, YT, 30 min This documentary by Champagne and Ashihik member and filmmaker, Rudyk is about a homecoming journey on the Taku River. Master carver Wayne Carlick has long dreamed to see the routes his ancestors travelled along the Taku watershed and inland. In 2018, Carlick realized that dream when he and a group of Taku River Tlingit First Nations set off down the Taku River in a Traditional Tlingit ocean-going canoe. World premiere. Filmmaker Mike Rudyk, subject Wayne Carlick, and other participants in attendance.